This article by Graham Norwood ( Editor of Estate Agent today) is an interesting read:

A new year dawns - but will 2020 bring new change for the agency industry now that the market appears to have been reinvigorated by the General Election?

The prospect of an end to uncertainty is already monopolising many of the forecasts for 2020, even from sophisticated analysts and commentators: I share everyone’s delight that there appears to be an end in sight to the Brexit melodrama and the inability of recent governments to act decisively, but I’m a little less optimistic that it will last all year long.

And in any case my five things to watch for in the year ahead go wider than just the housing market - but as it’s in the spotlight, let’s start with that…

1. The housing market’s year of two halves: There’s little doubt that 2020 will start with more optimism than any year since 2016, and with good reason.

Demand and transactions will almost certainly rise in the first few months of the year, spurred on further if there is any helpful stamp duty reform in the government’s first Budget earmarked for February.

But by June, guess what? The government will either have to ask the EU for an extension to the one year transition process, or it will choose not to…in which case there will be ‘No Deal’ if negotiators don’t agree with the EU before the end of 2020.

Either way, there will be more speculation and uncertainty about Brexit in the second half of the year, so it’s in everyone’s interest to make hay while the sun shines in the first half.

2. Countrywide’s senior management will change: There is widespread expectation that Countrywide’s latest fund-raising package - selling its commercial property arm and consolidation its share distribution - will get the thumbs up at a special general meeting of shareholders on December 27.

However, the company is running out of options to raise funds without selling off more valuable residential assets too. While there is no sign of that happening - yet - it seems likely that shareholder pressure, plus the fact that two of the most senior figures in the organisation are in the second half of their 60s, will combine to lead to a change at the top.

3. Rightmove carries on as before: The UK’s top portal is easy to admire but hard to love, yet can anyone see a disruptive force on the horizon?

Zoopla may edge a little closer thanks to huge investment from its US owners, but will re-main a clear second; OnTheMarket is now too big to fail but too small to make an impression after all these years.

Debate about orchestrated agency departures has been around for years without any real action: with the market more buoyant for the first half of 2020, there will be less vocal dis-sent about portal fees, meaning Rightmove is off the hook - again.

By late 2020, however, the market may be less active and once more there will be vocal dissent…but no action.

4. Housing minister promotion: It’s long been a clarion call in the industry that the housing minister should have a dedicated Cabinet position and more power.

Until now, housing has lost out to other priorities in the Ministry of Housing Communities and Local Government, with the minister’s role often being a stepping stone to greater things for the individual, and a sign of housing’s low priority within Labour and Conservative administrations.

My guess? This will change in 2020 with Boris Johnson’s much-anticipated widespread reform of Whitehall departments. Expect a separate Housing Ministry with a beefed-up big name politician running it, receiving explicit help from business people in the industry - chief executives from developers will lead the charge, but perhaps an agency name too. 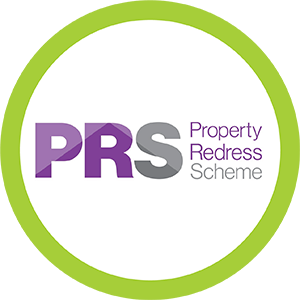